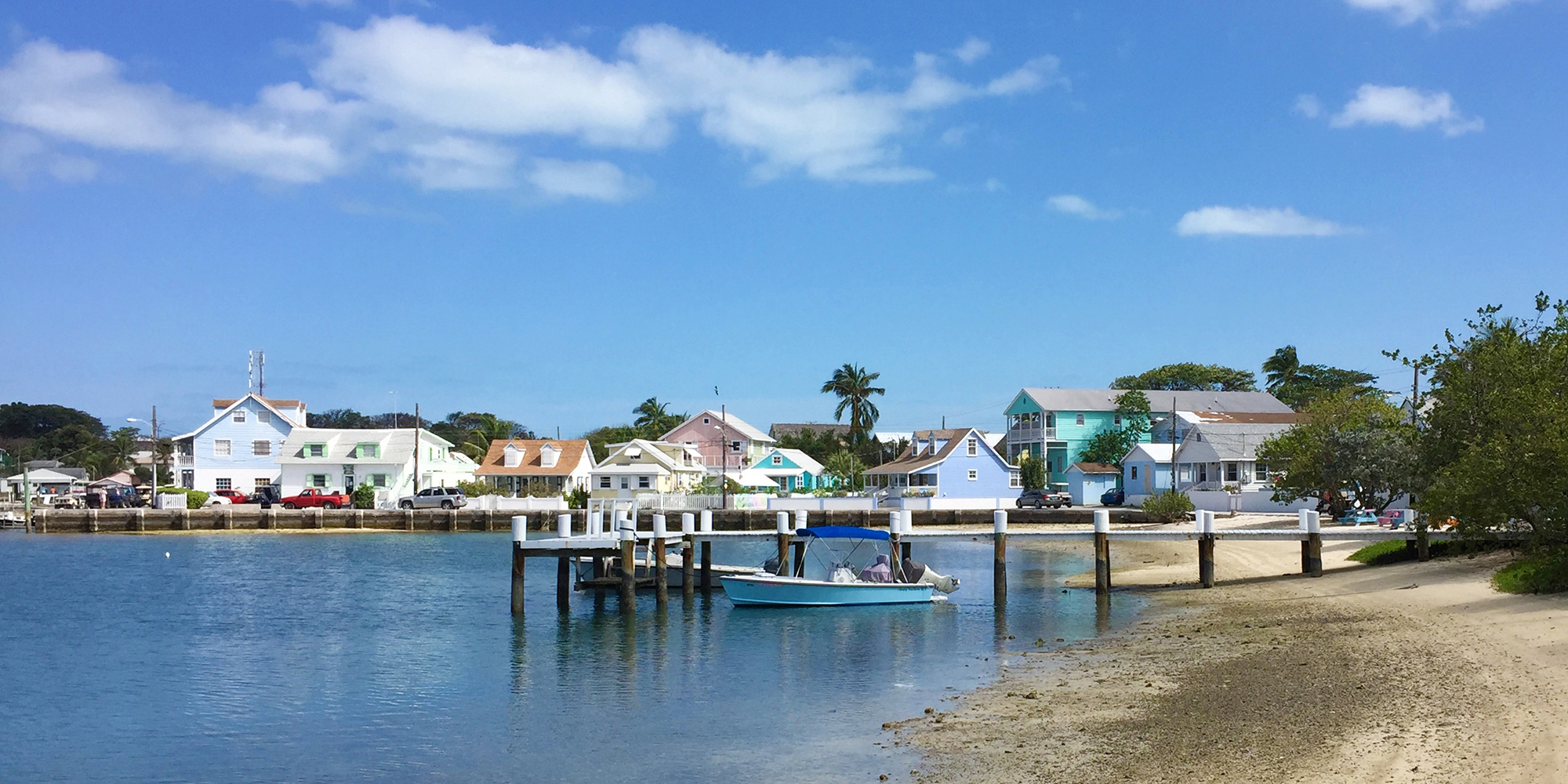 A Daytrip to New Plymouth

Our daytrip begins with a 15 minute taxi ride from the Bahama Beach Club in Treasure Cay to the Airport Ferry Dock. Once aboard the “Bolo” (the Treasure Cay/New Plymouth ferry), for another 15 minutes we glide across calm, brilliant turquoise Bahamian waters to Green Turtle Cay, a small island just 3 miles long and 1/2 mile wide, with around 450 residents.

From the Ferry dock at Green Turtle Cay, we begin to explore the town of New Plymouth. It’s a small, sleepy, 18th century village by the sea, with several restaurants, galleries and giftshops, a museum and several historic sites. The architecture of the older homes that make up much of the village is largely unique in the Bahamas. Its steep-pitched gabled roofs are a style brought by early settlers from New England.

In may ways, visiting New Plymouth is like taking a trip back in time, when the pace of life was slower and more relaxed. We explore the town on foot, but golf carts and bicycles are available for rent by visitors if you want to see more of the island.

Stopping for lunch at Miss Emily’s Blue Bee Bar, we’re greeted with a warm smile by Miss Emily’s daughter, Violet, who makes you feel like an old friend (Miss Emily passed away in 1997). It’s a funky, friendly little restaurant where you’re invited to sign the wall, or leave some memorabilia to be hung from the rafters. And Miss Emily’s is the birthplace of the famous Goombay Smash, a delicious rum punch now popular throughout the Caribbean. We enjoyed a delicious lunch of Blue Bee Special Grouper… and, of course, a Goombay Smash!
‍
Ye Olde Jail

Around the corner from Miss Emily’s is one of the historic landmarks of old New Plymouth: Ye Olde Jail. Though it’s now painted pink, the jail was originally bare coral rock and stucco, and profoundly austere. As you wander the grounds and visit a cell, it’s easy to imagine the hardship and suffering that occurred here.
‍
Around Town

Up the street a little, the Albert Lowe Museum displays the fascinating history of New Plymouth with photographs and antique artifacts dating back to the turn of the century as well as ship models of the Abaco sailing vessels, some of which were used as blockade runners during the Civil War. See our post on the museum soon.

New Plymouth has small shops for visitors to browse: The Golden Reef sells beautiful gold jewelry made in Abaco and Native Creations offers Bahamian art work and jewelry.Local restaurants in town, such as McIntosh’s, The Wrecking Tree, and Harvey’s offer a variety of homecooked, Bahamian-island style meals. Pineapples is a popular destination for enjoying the beautiful Caribbean sunset and happy hour specials. For breakfast, try the Plymouth Rock Liquor Store & Cafe. For nightlife, visit Sundowner’s Bar & Grill, perched on the shoreline.

In the heart of town, the Loyalist Memorial Sculpture Garden features 24 bronze busts of prominent early Loyalist settlers, arranged around a central pair of life-sized bronze figures of both black and white loyalist women. The garden is a tribute to those who played a significant role in the history of The Abacos: the Revolutionary War Loyalists and their slaves.

Beginning in the 1770’s, the Loyalists — American colonists who remained loyal to the British Crown during the American Revolutionary War — began settling in Green Turtle Cay and nearby islands. Some later left for England or elsewhere, but despite hard times, many survived and made a new life here.

Before the Loyalists, the Lucayan people were the original known inhabitants of the Bahamas. A branch of the Taínos, who inhabited most of the other Caribbean islands at the time, they began settling these islands around 500 to 800 AD. Their population had grown to approximately 40,000 when the islands were encountered by Christopher Columbus in 1492. The Spanish began enslaving the Lucayans within a few years of Columbus’s arrival, and nearly all had been removed from the Bahamas within 25 years.

It’s easy to lose your sense of time here… Just make sure you get back to the dock before the last ferry!